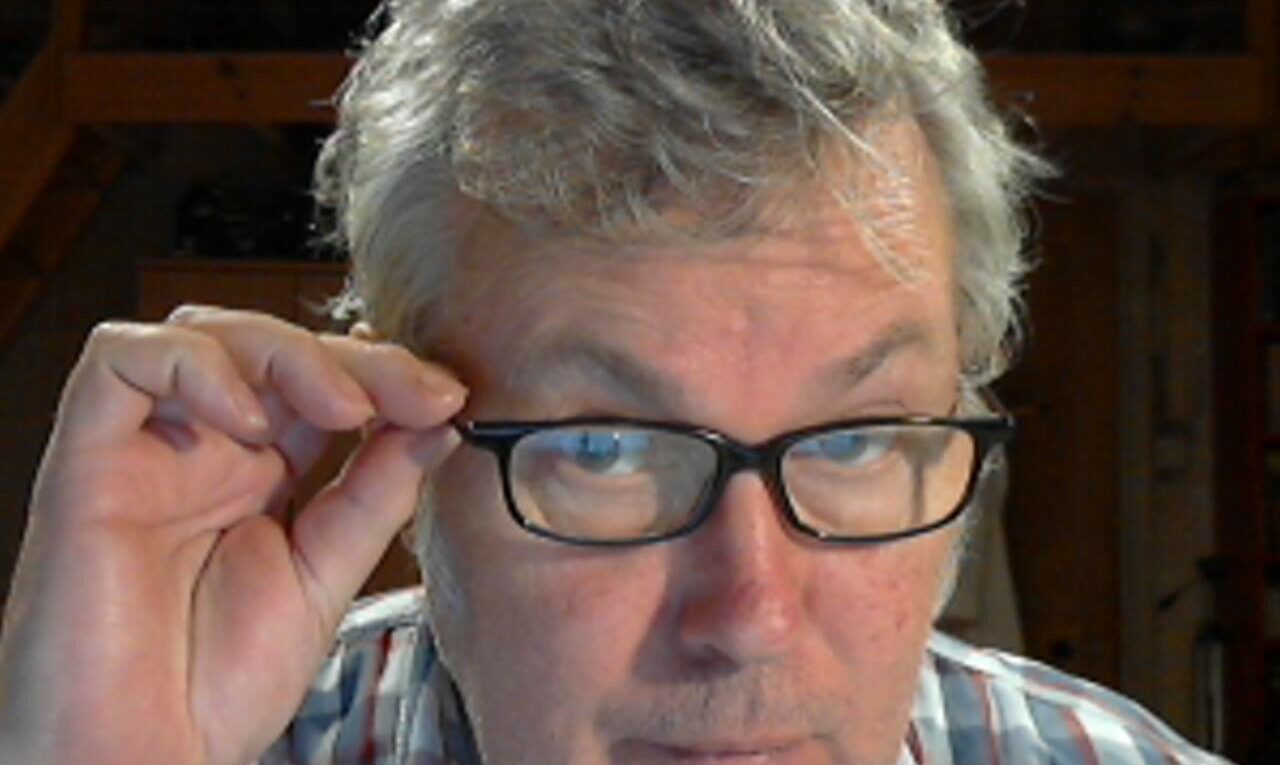 Kevin Lycett is a British artist, who loves to help artists from Haiti to sell their work. This summer he joined me with the crowdfunding for the study trip of the art students from the New Vision Art School in Port-au Prince. I asked him about his passion for Haitian art and his connection with art teacher Lesly Pierre Paul. Please read Kevin Lycett’s story below:

“Haitian culture and art became very interesting after seeing Leah Gordon’s amazing book Kanaval.  I got in touch with Leah and we met a couple of times, exchanging photos and artwork. I live in Leeds in the UK and we have a big Carnival every year. It’s put on by the Leeds Afro Caribbean community who, like me, live in a poor area of Leeds called Chapeltown. The community mostly came from a couple of small islands in the Caribbean, St Kitts and Nevis. And their style of Carnival is based on the Trinidadian version. I’ve been going to the Leeds Carnival for many, many years and I love it, but it’s got more and more glitzy and I don’t really like that so much. It’ all got a bit too Rio for my tastes.

The photos Leah took of the Jacmel Kanaval showed something so much more intense, with a deeper connection to… something. I already knew a little about Atis Rezistans, the sculptors on Gwan Rue in Port Au Prince, and the Jacmel Kanaval seemed to have the same raw power and connection to a different truth. I then learnt about Ghetto Biennale from Leah, who was among the founders of this amazing festival.

The international art festival that turns the normal festival model, where artists have to travel to the festival, upside down, brings the art world to the Haitian artists, and it became my dream to visit and work with Haitian artists. Unfortunately, being a not very rich artist myself I’ve never been able to realise that dream, it costs a lot of money to take part in Ghetto Biennale (mostly air fares).

However I’m very active on Facebook and I soon found a few Haitain artists and started to chat with them. One of them was Lesly Pierre Paul. We got on and we keep in touch. We’ve never met outside Facebook, but this hasn’t stopped us doing some work together. I can’t remember which of us first suggested collaborating but we both liked the idea. We’ve done a
couple of paintings together. One of us will send a drawing to the other and then you work it up into a painting.

I’ve known Lesly for a few years know and have come to realise he’s a pretty special person. For many people in the slums of Haiti there are few chances to earn any money and weirdly art has emerged as one of those. So you get a lot of approaches from Haitian artists asking you to buy their work. It would be impossible to buy all the work they offer so I say no to everyone, cos if it got out I’d bought from one artist… you get the picture.

The thing about Lesly, he’s never asked me to buy anything. He
just doesn’t hustle. This is kind to me – and wise – as it puts us on a much more equal footing. We’re free to talk about other things without that hanging over us. By this I mean the most obvious thing about Haitian and Western artists is the massive disparity in wealth.

I may be poor here in the UK but from a Haitian perspective I’m dripping with money. Lesly has *never* gone there. I have quite a lot of Haitian artists approaching me asking me to buy paintings, it’s hard explaining that I don’t have enough money to do that, it stops any further relationship. Lesly has been a kind and patient advisor, explaining about aspects of Vodou that I don’t understand and advising me on some paintings I’ve done that incorporate Vodou elements. In return I’ve helped him with the hassle he has in selling work overseas. It is enormously hard to use the ‘normal’ systems of sending and receiving money if you’re a poor Haitian. I learnt quickly about the New Vision School that Lesly runs. It seems a very good initiative. I’ve helped a couple of times with small donations and so on.

One of the reasons I am interested in Haitian art is that it helps me escape from Western art. It’s not the voodoo itself that I find attractive. Although it’s very interesting. It’s that this makes the art have a whole different dimension. It’s not just art for arts sake, it has a purpose. I might not sign up to that purpose but I can see and feel the energy that flows through art made like this.

In my own art I am trying to make work that side-steps the normal art world and can make a more direct connection with people. It’s hard as I’m not religious at all, and I’m over-educated, especially in art. It’s hard
to find a way through all that. The example of Lesly and other inspiring Haitian artists like Love Leonce and Pierre Louse Herold, help me hugely in finding some small ways to get through to another way of making art. I’ve helped with another crowd funding project before, just like this one I gave paintings as rewards. It worked very well.”

If you donate over 100 euros to the crowdfunding, you receive a beautiful artwork made by Kevin Lycett and Lesly Pierre Paul. Read all about it here.